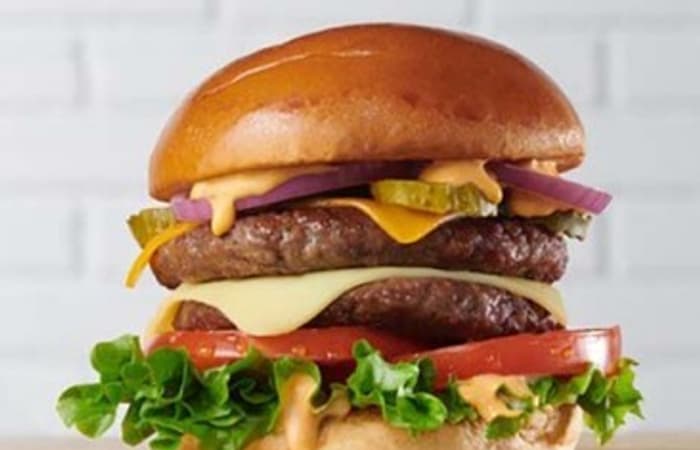 By now it’s a given that, in spite of recent articles declaring a slowdown, the explosion in meat and seafood analogs crafted from plant-derived ingredients is firmly entrenched in the mainstream. New meat, fish, and poultry alternatives are crowding onto shelves and heralded daily in the media. But, according to Julia Thompson, Culinologist® for product development house CuliNEX, accompanying all this attention is also the challenge of inflated consumer expectations.

Following the initial 2020 surge in plant-based meat alternatives, sales began to flatten in 2021. The primary cause is, simply, that in the rush to compete, many of the products released failed to meet consumers’ expectations for flavor, texture, appearance, or functionality in the home kitchen. However, ingredient technologists already were on the case and next-generation ingredients have come onto the scene making it possible for formulators to build plant-based analogs that are better mimics of their animal-derived counterparts. Not only do they approach the taste and texture of real meat, but they also cook up the same way and deliver an overall experience that consumers can accept.

According to Julia, “Today’s consumer is more knowledgeable—and more demanding—when it comes to what they eat. Today’s consumers also are avid label-readers. When selecting a new product, the purchaser wants familiar—or at least understandable and identifiable— “clean label” ingredients.”

To meet this demand, CuliNEX has partnered with the Corvallis, Oregon-based consumer research group InsightsNow, Inc. InsightsNow analyzes consumer feedback from a ‘clean label cohort’ to generate a scoring system for ingredients.

Based on data from InsightsNow and other resources, when Thompson is developing plant protein products, she typically avoids protein from wheat and soy. While wheat protein is one of the primary protein ingredients favored by consumers and has superior function when it comes to imitating qualities in poultry such as flake and fiber, or the “snap” in a link sausage, it is a relatively common allergen and consumer avoidance of wheat is still strong.

While the sources of most new protein ingredients are from ingredients consumers are familiar with—lentils, rice, peas, soy, peanut, pumpkin, and chickpeas—even less familiar ones, such as the trending fava bean, chia, and hemp protein sources—are readily accepted by most consumers. But even a nearly ubiquitous protein, for example pea protein, while also highly favored can encounter challenges when accompanied by “trigger” words such as “textured,” “fermented,” “hydrolyzed,” etc. These are designations that many consumers currently question, presumably because these words indicate a more highly processed ingredient.

The ability of many plants to serve as viable sources for protein is ecologically important. Multiple sources mitigate problems that big monocrops impart to environmental sustainability. They also, especially in the organic channel, reduce disruptions in the supply chain. Thompson celebrates new ingredients and processing techniques being deployed in the creation of the next generation of plant-based foods when formulating on the bench.

A recent trend cited by Thompson is that of high-protein, whole-food ingredients. While native plants are uncommonly high in protein (such as fava, hemp, and sorghum), plant breeders have been able to naturally crossbreed stock to increase protein content in plants. Such whole-food ingredients maintain their healthful levels of fiber, minerals, and other nutrients. They are more hygroscopic and, because of their natural fibers, can add to a more natural mouthfeel. Other novel protein sources that use fewer resources and have faster growth curves have been moving to the forefront. These include fungi, algae, seaweed, and duckweed (a.k.a. “water lentils”).

Using technology and functional ingredients to make plant-based products more like real meat can be accomplished by introducing varying textures, shapes, and distributions of fat within a product. This is known as “randomization.” After all, true meat contains variations in shape, size, and texture; uniform shapes and textures in a food screams “processed.”

Fats play a crucial role in making plant-based products more like real meat. Among oils, coconut oil is still perceived well by consumers. In contrast, palm oil, which has excellent functional qualities, is perceived poorly due to sustainability and fair-trade issues, although sustainable, fair-trade palm oil is available. Cocoa butter does not melt like animal fat but can be mixed with other fats to provide a melting curve similar to palm or coconut oil.

Encapsulating an emulsified fat-water matrix in a plant-based protein is a new technology that provides an excellent animal fat-like texture. Importantly for consumers, it also preserves aromas that release during cooking, mimicking real meat. Thompson notes that cell-based, precision-fermented, or other cultivated fats, are being developed by ingredient technologists, but these could raise concerns with some consumers.

“CuliNEX was founded with a clean label focus and it has been a hallmark of our client work for nearly two decades,” says Julia. “Clean label requirements are increasingly limiting ingredients to those with nutritional benefits, making products such as methylcellulose unpopular despite their excellent functionality. Plant-based meat alternatives are often bland without added flavors. As developers, we have to continue to explore new ingredients and test for acceptance by consumers – striving for delicious taste and texture with ingredients consumers recognize and understand.”

While consumers have clearly demonstrated a preference for natural flavors, the use of soybean-derived leghemoglobin—a phytohemoglobin that is chemically similar to the animal blood hemoglobin that gives meat its red juiciness and plays a significant role in natural meat flavor—has become controversial and is not favored by consumers. Still, the products in which leghemoglobin are used thus far have been demonstrated to be quite popular.

There are new options for natural flavoring, such as amino acids. For example, the amino acid cystine can participate in the Maillard reaction to impart umami. Also, trace amounts of certain mono- and disaccharide sugars can enhance other flavors, even to the extent of, ironically, reducing salt requirements.

Potato protein—an up-and-coming protein source favored for its gluten-free, non-GMO status as well as its singular properties, creates an irreversible gel when heated, but requires another component, usually a fiber, to bind with the other components in an uncooked product. Natural fibers, such as citrus, may be a replacement more readily accepted by consumers. Another promising binder is red algae, a liquid that gels when heated (similar to animal blood) and provides color and flavor, potentially shortening ingredient lists.

While some new ingredients can be unfamiliar to consumers, Thompson stresses that it’s possible to increase their acceptability if they are sustainable or environmentally friendly. In addition, the precedent of leghemoglobin demonstrates that consumers can overlook a potentially unpopular ingredient if the final product meets or exceeds flavor and other organoleptic expectations.

Remember, CuliNEX is at a proven leader at the forefront of the clean label and plant-based food development and innovation, so reach us if you want to explore more with our team of Culinologists. We make delicious food and love what we do. It's a winning combination.